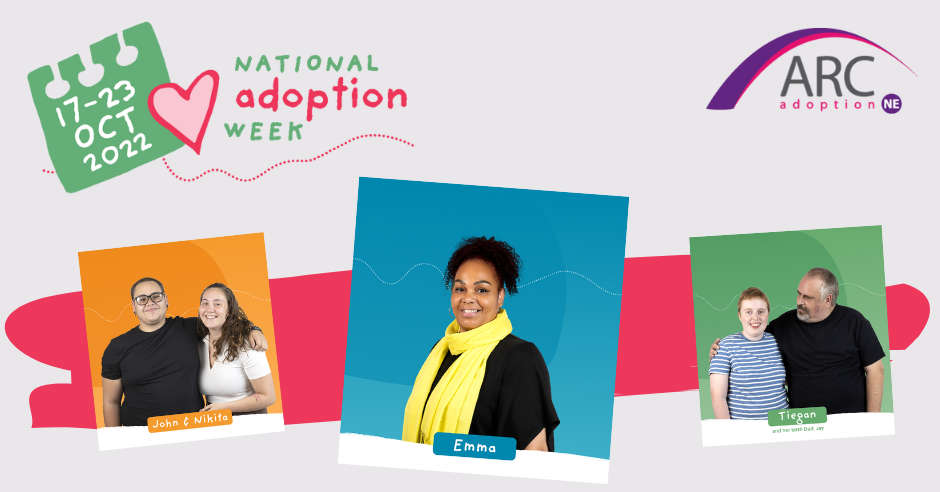 Exploring the significance of ‘memory boxes’ with adopted young people

This year’s National Adoption Week is shining a light on the significance of identity for children who are adopted, as they mature into adulthood. For adopted people, having an understanding of and connections to their life before adoption can be crucial to their lifelong sense of identity and emotional wellbeing. This is often through letters, photographs, and childhood toys from birth families and foster carers, and sometimes through meeting up.

A new survey released today reveals the special role that ‘memory boxes’ and other sentimental items play in forming our identities and reminding us of the past. Over 60% of people surveyed in the North East keep a ‘memory box’ or equivalent – the most common items are printed photographs, greetings cards, toys, and handwritten letters.

One in three people keep these items because they help them understand who they are and where they came from, while a third also said it is so that they have something physical about their life to hand down to relatives. However modern life may see holding onto these items as ‘old fashioned’; with 62% of people in the North East saying that the increased use of smartphones makes them less likely to have physical keepsakes such as printed photos and handwritten letters and cards, and 44% have lost family items or keepsakes throughout their life that they wish they still had.

Realising the need for an updated approach to supporting life story work and connection to history, Wearside-based Voluntary Adoption Agency, ARC Adoption North East developed ARCBOX. A life story platform and digital memory box, ARCBOX enables the safe storage and sharing of photographs, letters, messages and other items, which can be uploaded and accessed online via smartphones and other devices. Children are introduced to ARCBOX and the information safely held on there, when it’s most appropriate to do so.

“Our team has extensive experience in life story work with children. ARCBOX provides a fun, modern-day means of children being able to view and interact with elements of their life story, and for adults to safely and age-appropriately facilitate contributions from significant people in the child’s life, whether that be from foster carers, birth family, adoptive parents and social workers.

“Through our work in this area we realise how important it is to accept a child’s history and past relationships, and we are therefore looking for adopters who are able to embrace this for their child, in an appropriate way.

“Our team is extremely passionate about supporting adopted children’s emotional development and sense of identity, so we are delighted to support this year’s National Adoption Week.”

To mark the start of National Adoption Week, You Can Adopt has released a short film exploring the relationships and memories of four adopted people, as they look back through their own ‘memory boxes’ and keepsakes from their lives before and after they were adopted, which have helped them develop and have an impact on their sense of identity. The emotional film brings to life the connections that adopted people make and how their sense of identity has been formed through various connections in their lives – including birth families, foster carers, friends and adoptive parents.

The national survey by You Can Adopt also revealed that 80% of those in the North East say their identity is shaped through connections made throughout their life, and 74% say it is shaped by an understanding of their family history. Adopted people are no different, and many factors play a role in influencing who they are today – including special memories with foster carers and friends, contact with birth parents, knowledge of their family history, and the relationships formed with their adoptive families.

"With this campaign we want to show that adoption is not a line in the sand, when adopted people close the door on all connections to their life, memories, and relationships from before they were adopted. For the person who is adopted, it is one life – and issues around identity and belonging can come to the fore, particularly if they are not able to have a face-to-face relationship. It is so important for each person to have the information and connections to their life before adoption. That’s why, during National Adoption Week, we’re urging people to find out more about what modern adoption looks like and shining a light on the ongoing journeys of those who have been adopted.”

While 72% of people surveyed in the North East did not think adopted people would feel connected to their life before they were adopted - or were unsure - the reality may surprise them. National Adoption Week is highlighting how modern adoption is changing with the aim of helping adopted people to know more about their family history. This may include being able to stay in touch with birth family members or friends (when safe and supported) and encouraging access to a better quality of information through life story books and later life letters.

In fact, nine out of 10 prospective adopters would consider contact with birth parents, while 78% of adopted people felt that connecting directly with birth family members would have helped them to understand their life history and identity more fully, according to the Adoption Barometer, published by Adoption UK.[i]

While not all adopted people will have mementos from their early life or the opportunity to have contact with people from their life before they were adopted, modern adoption encourages access to a range of quality information. Meanwhile many adopters today make it a priority to help their children to understand and develop their identity.

Professor Beth Neil, Director of Research for the School of Social Work at UEA, and expert in post-adoption contact, said:

“From all our research and those who’ve taken part in our studies, we see that this sense of identity can be improved by knowing more about your birth family and where you come from, and by staying in touch with significant people where it is safe to do so.

This can help adopted people fill in gaps in their life story and give them a more complete sense of who they are and why they needed to be adopted. It can also lessen feelings of loss that adopted people often experience and can support them to thrive in their adoptive families.”

A new podcast from You Can Adopt, featuring presenter Ashley John Baptiste and adopted adult Jamal, will also be launched for National Adoption Week exploring the issues of identity, birth relatives, and the relationships developed along the adoption journey. Meanwhile, a series of events offering will be taking place from 17th October to mark National Adoption Week.

To find out more about National Adoption Week or for other information related to adoption, our experienced team would be very happy to help you further. Please visit our website at www.arcadoptionne.org.uk, or give us a call on 0191 516 6466 for a friendly and informal chat.

You can also find more information at the You Can Adopt campaign page: www.youcanadopt.co.uk/naw.

ARC Adoption North East (ARC) is an independent not for profit Voluntary Adoption Agency located in Sunderland in the North East of England, using their extensive knowledge and skills to guide potential adopters through the adoption process, in order to provide permanent loving homes to looked-after children. ARC Adoption offers wide-ranging and lifelong support to their families and children, which has contributed to them being one of the most successful agencies in the North East region for recruiting families and placing children. They are proudly rated Outstanding by Ofsted.